Recently, a friend wrote to ask me what she should do with her old record collection. Since it’s OK with the management if this blog is used to discuss topics that might only be tangentially related to web design, promotion or hosting, I have decided to share. Here is my slightly abridged answer: 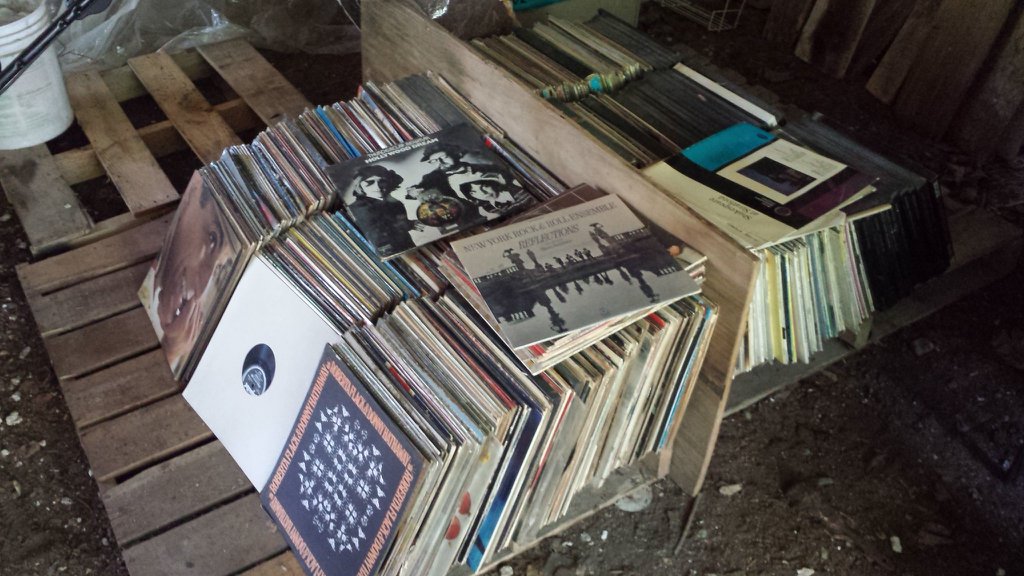 The RIAA actively seeks out people who engage in the HIGHLY illegal act of selling or, heaven forbid, SHARING, of purchased LPs with friends or STRANGERS. Allowing your LPs to circulate means one more person might not purchase that LP or 8Track and, it is KILLING MUSIC.

Look at what NAPSTER did to sales of Compact Cassettes! Perfect Sound FOREVER, wiped out completely!

Still, the practice is becoming popular among many folks nearing retirement age that have been fired after their 30 or 40 years at the company. They set up a little blog where they post their Loverboy or Metallica LPs for $10 or $20. Whoops did I say METALLICA! Watch out, they filed a lawsuit against sharing of their demos! OOPs too late, here comes that RIAA demand for $3500 to avoid litigation! Best to sell those puppies in a dark alley, somewhere in South America.

Seriously though, as someone who has a barn-full of legally purchased LPs, who innocently tried to sell used LPs by mail order in the 80’s, I have been meaning to look into this.

My best guess is most LPs are so worthless, it is not even worth the effort to look at them, except:

To hoarders, and young folk who are going retro phase and have a Minny Mouse Record Player and some Go-Go boots.

Some LPs are rare because, perhaps 100 copies used a rejected cover photo of the drummer beginning to explode.

Some nuts like looking at a decent sized image of the recording artist and reading text that is not 2pt sized. What nuts!

Salvation Army, Hadassah and Goodwill stores are almost completely staffed with undercover RIAA agents, so that is OUT.

I’m also pretty sure that researching, googling, Goldmine Magazining, music blogs, forums etc for each disc and then looking into the sales channels, and then grading, organizing the stock and then packing and taking those rare trips to the Post Office….. WHOOPS where did my Post Office go, it was here yesterday!...and then avoiding the wrath of the RIAA……… it’s probably safest……easiest……and bestest to just………

Note: Since I have a lot of old records, I certainly don’t consider them worthless! This post is meant to be totally tongue-in-cheek! I take certain liberties in describing events in piracy issues also!

12 thoughts on “What Should I Do With My Old Record Albums?”

Tom, I will enjoy trashing your infrequent emails!